At Animas High School, juniors are provided with the challenge and opportunity of a three week long internship coordinated to their personal college and career interest. During these three weeks students learn just as much about them selves in the professional world as they do a specific trade or career. LINK stands for Leading Internships for New Knowledge and it entails not only new knowledge but new skills regarding critical thinking, personal attributes like creativity and drive, and professionalism.

KPS Audio is founded and ran completely by Kyle P. Smith who is a successful mixer, engineer and producer in the Denver music scene. Kyle Smith got into the audio world when he began doing sound for the theatre program at his high school. He quickly indulged and began interning at Coupe Studios, a post production studio in Boulder, Colorado, until he went to college and worked hard to become one of Denver's premier audio engineers. While Kyle is not working out of his home studio, Tessatura Studios, Kyle is a contract engineer at two commercial recording studios and a live sound engineer for a high value production church in Longmont CO. Being a contract engineer essentially makes you one of the studios stock engineers rather than an engineer traveling with an artist. He is booked by many clients all the time at the studios he's contracted out too and works for them mostly a a tracking engineer and mixer; which means he is the guy that records them and mixes their tracks briefly afterwards so that the tracks are ready for the next step. While Kyle is a live sound engineer, he does live mixing and tracking during church services. Kyle Smith also is asked by local bands frequently to be their live engineer for upcoming shows they might have, and is often busy with his own projects where he works with an artist or band as not only their tracking engineer, but as their mix engineer and producer. 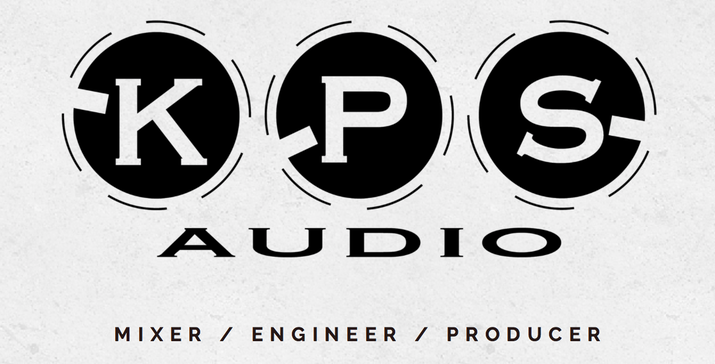 November 6, 2018-
​currently, I am in search of mentors who hold occupations of music producers, audio engineers, and artist. I feel fine about this, I feel very eager to go big with my link.
January 11, 2019-
It's the New Year and I am in the process of communicating with and confirming a mentor. I feel good but there is a lot to do in the next four months.
February 19, 2019-
My last idea fell through and I am now in a time a panicking searching.
March 3, 2019-
​I emailed this band I like about an internship and they gave me a great contact to an audio engineer who seems very legit.
March 10, 2019-
I have been in contact for about two weeks now with Kyle Smith who owns KPS Audio and I am in the process of confirming my internship which we be located in Denver, Colorado.

When first seeking an internship I started with lots of research of where I could actually go in accordance to my housing situation, and what companies seemed like the best fit for my personal interest and future plans. I emailed a plethora of companies and individuals in Denver, Washington DC, Los Angeles, Baltimore and Durango. After getting many responses either stating that they were not currently accepting interns or that they only had college interns I began losing faith in the idea of having an internship in the music industry. However, I kept working towards it and researching until I decided to reach out to a band called Wildermiss. Wildermiss is Denver's premier band right now featuring four CU Denver graduates and in simple terms they are "making it big." They quickly got back to me and were too busy to take me as an intern, but they gave me another contact and told me he was the guy to be talking too. I quickly reached out to this contact who was Kyle Smith/ KPS Audio. Kyle actually went to college with them and lives with them now, but he is much more focused on the audio side of things, which is what I originally wanted my mentor to be focused on. I pretty quickly chose to confirm things with Kyle after he gave me advice about trying to get another internship down the road with Side 3 Studios. Since Kyle is a contract engineer for them I knew that he would be able to provide me with the right contacts to form further networking connections with Side 3. This gave me a large amount of drive to intern with Kyle and take the opportunity in front of me. During my internship I hoped to gain more exposure to what the music industry really looks like currently and what I personally can bring to the table. In regards to technical skills, I hoped to learn more about recording and mixing, specifically mic placement, gain structure, and DAW (digital audio workstation) techniques. In the midst of my anticipation and ambition I hoped to show my mentor and Side 3 Studios my genuine love for music, and how my bold passion for it provides me with focus and drive. Before I left Denver I wanted Kyle and the other connections I formed to know why I was there and how hard I am going to work ton continue pursuing my goals and dreams.

For my LINK project, my mentor and I decided on two things that would set me up and put me ahead of the competition in the audio field. I started with learning various techniques for recording drums, as most audio engineers say that this is the hardest instrument to record. I looked into techniques and then quickly realized that I needed to get background knowledge on some physics and gear. I had to look into something called polarity and the way you use polarity settings on mics in order to record the right sound waves at the right place. This brought up another issue called phase, which is essentially how similar the waves two or more mics are recording look, and when you are out of phase your recordings are technically lower quality. You use polar patterns to know where the sound is coming in and you keep things "in phase" with mic placement. Once I had a grasp on those technical terms I could start researching the various techniques and types of microphones that are used to mic a drum set. After that, my mentor had me pick out all the gear I would buy for a commercial studio, which I thought would be fun at first, but then I had to teach myself how it was all put together or how to rout it. Routing a 24 channel console with many channel strips and to a 96 point patch bay is incredibly complicated. In simple terms, commercial studios have a lot of technical electrical routing to perform before they can use anything in there. A patch bay is basically a piece of gear that organizes different signals (inputs/ outputs) coming in so that they all go to the right places. the hard part is that there are so many signals going to so many places and vice versa. My mentor wanted me to understand this and know exactly what I needed to rout a commercial studio, because he said that if I understood what was actually taking place on a non musical level, I would understand it all on a musical level much more. I picked out gear, found every type of cable it would all need and how many, found what cables go where, and how the electrical signals are all moving throughout all of that gear. After the fact I felt like I could walk into any studio and take apart, then reassemble their gear.

Looking back on my internship, I went in prepared with professionalism and character, but came out knowing what I needed to work on most to be prepared not just professionally, but musically. Coming in I was ready for the challenge of living self sufficiently in the professional world and ready to show people where I currently stand in terms of musicianship, however I quickly realized in my first week that I am not very prepared for the audio world specifically. There is a lot I need to learn and practice in regards to mixing and being proficient on Protools (a recording/ editing software) specifically.
​
The skills I developed during LINK mostly applied to my personal life, and the most important one was finding a balance between how much time and when I care the most for myself and when I can't let personal things get in the way of professional. I have had a hard time with this throughout all of high school because sometimes I am in a place where taking care of myself is more important than my academics. In the professional world, there is no exceptions for things like that and no room for apologies, that is why I decided there needs to be more structure in my time of self care and my time of work, and an equal balance that leads to good time management. Although I learned a lot about the music industry, studio etiquette, mixing, and recording, I learned the most about myself. Being six hours from home and spending time only with new people created a difficult dynamic to adapt to, and I adapt in those situations with ease most of the time. I began feeling lonely in my personal situations and setbacks if you will, and destructive self loathing created a strong want to come home, even if I was enjoying the actual internship a lot. After my second week I wanted to leave Denver so bad. I never thought it would happen but I was very homesick and felt stuck. I waited it out for a little, and then when my mentor started noticing I wasn't as ecstatic as I was in the beginning, we talked a lot about what I was dealing with personally that was making me homesick. Needless to say my mentor and I got along like friends more so than co-workers, and I had the realization after us talking, that connections are needed not only in a professional sense but in a human sense. All in all I would say my most crucial takeaway was that balance is needed between personal and professional life, and that I really value my relationships with people.

Getting past the nitty gritty, my internship not only taught me things to prepare me for college and careers, but it set me up with an incredible opportunity. While in Denver I made some serious network connections in the music industry and I landed an actual internship with a company rather than one through a school program. Starting in January 2020 I will be the new intern at Side 3 Studios, a commercial recording studio in Denver. This will set me up for college and career, because not only does it increase my chances of getting into college, it increases my chances of having a job in that field either in college or after college. The next part that excites me is that while I am there I will be making more and more connections which gets me closer to being able to do something with my own music. That internship will get my foot in the door in the Denver music scene at a younger age than most people can. At the end of it all, LINK was an amazing, challenging, and eye opening experience, preparing me for real world success.