The Labor in America project began with content including everything from the industrial revolution, to capitalism, labor laws, and political economics. We analyzed historical documents and wrote about our understanding of the themes found within them, learned about how a political economy works, and then interpreted our findings in correlation to our political opinions through the design and creation of a podcast.

The Ethics and Chemistry of Food in America 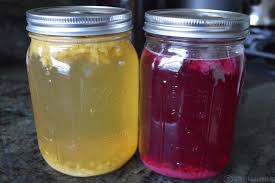 During the Ethics and Chemistry of Food in America project, we jumped into America's food crisis through learning about not only the ethics surrounding this crisis but the impact the chemistry behind food has on the ethics themselves. This project was interdisciplinary, meaning we used what we learned in both our chemistry class and humanities to create educated connections between science and humanities in regards to food in America. On the chemistry side we covered the chemistry that takes place when you cook, but more importantly we gained an understanding of what actually happens when you eat certain things and what is happening chemically to grow/ produce those foods. This knowledge was important for our humanities content because when covering the ethics of food, it is important not only to understand the cause and effect that is present in the food industry, but the why and how. Once we had a solid amount of background knowledge both on the chemistry and humanities side of things, we were able to start developing our own food ethic based on what we had learned about the science of what we're eating and the things it is effecting in both our bodies, societies, and communities. Later we exhibited this by cooking our own food in an experimental direction, meaning we had to pick a variable to change in the process and see what it did, and then being able to explain our need food ethic and understanding of the humanities behind the food industry through a informational personal narrative.

The interdisciplinary aspect of this project impacted my learning and understanding because it made me think intertextually between science and humanities. It is important to understand the role that science plays in our humanities and vice versa, because they go hand in hand when diagnosing world problems like the food crisis. I personally feel as if I wouldn't have been able to properly develop my food ethic without the scientific understanding of agriculture, raising animals, and cooking. In clarity, my food ethic states that I support 100% organic farming and environmentally friendly ways of raising animals and growing plants. I wouldn't have decided on this without knowing what was happening in the agricultural industry on both levels of science and humanities. They go hand in hand in the modern world and understanding both sides is crucial for solving the many problems like processed foods, industrial farming and food waste.

Over the entirety of the last year I have been thinking more about food and what I am eating, and the ethics and chemistry of food in America unit highlighted a lot of what I was thinking about while showing me why I was thinking about them. I ate completely organic as a little kid, and eventually my mom didn't care quite as much so we drifted from that ethic after a while. As I have gotten older I have began having more accessibility and capability to eat what I want to eat and in the way I want to eat it; along with this I have formed my ethic around eating as organic and local as I can for many reasons. Those reasons are things like supporting our local economy, supporting small business's rather than large corporations, and caring about what takes place on the actual farms and ranches. The idea of being educated on food doesn't faze many people but after the exposure I believe that everyone should learn about the ethics of food and the agricultural industry in relation to economics and science.

My Life on EARTH: PHILOSOPHIZING PURPOSE AND PLACE IN THE 21ST CENTURY

The personal philosophy project consisted of exposure to many philosophical movements and ideas, and the development of our individual philosophy of our existence through writing and creative expression. We began learning many philosophical principles and we weeded through what they meant, where they came from and who they currently or historically applied to. Once we had a good amount of background and had trained ourselves to think philosophically, we began exploring ourselves and what we cared about in terms of both life and death. Interpreting life and death was important because unfortunately time must serve as a repeating factor in the way we process our existence. We were attempting to answer a few questions like, "what is our purpose," and "what is our relationship with earth made of," and "how do the things we ask ourselves about this spill into the 21st century." These questions didn't form our personal philosophies completely, but they pushed us to critically think about them with structure rather than trying to answer these deep questions right away. In the time of all of that we also were all preparing to execute our new ideas in a way that not only reflected our new personal philosophies but could be made of them too. Personally, I went in the direction of creative writing and music production/ composition. These are the things I am most passionate about and my new philosophy about my existence actually had a lot to do with sound vs words so it worked out perfectly. In explanation, my philosophy demonstrated the places we can go using sound aesthetics to drive divine emotions that can't be touched without music.

I have always had a more philosophical outlook rather than a scientific or strict religious one, and this study has made that thinking more in depth but more importantly I now know how to talk about it intertextually. This means I essentially picked up on a lot of things that helped me form connections between philosophical ideas and worldwide cultural essences such as religion and spirituality. Coming out of the learning process we did in this unit I suddenly was aware of things like transcendentalism and determinism vs free will; trancendentalism being a belief of coming from and being a part of what's natural, showed me connections between a few eastern religions and philosophical tenants, and determinism vs free will being the idea of a set course in life vs individual decisions based off of merely thoughts, demonstrated religion vs spirituality and many of the reasons there are conflicting religions. Understanding many conflicting and different philosophical proposals and ideas prepared me for forming my own philosophy and creating my own interpretation of how I felt about these worldwide cultural essences. On a more general note, speaking of the project and not the content, this unit strengthened my skills in areas of acceptance and facing controversial topics in a neutral educated fashion. Learning about things that form billions of different people's beliefs in various different ways makes you process others beliefs with a more accepting and understanding attitude which is important no matter where, who, or how old you are. Regardless of the tenants that create conflicting differences between religions and cultures, people who don't really deserve having an opinion on beliefs that aren't theirs create pointless tensions and unesscesqary controversy. This is another reason learning these sort of things is very important, it teaches you how to have a respectful open mind. Last but not least, I just believe now that everyone should be exposed to these things and should be taught to stand in a neutral stand point until they know enough to have an opinion or conflicting belief. All in all, the philosophy unit didn't only teach me about myself and my personal philosophy, but it taught me how to be more ethically and politically correct, which is very important in the 21st century.

At this point, I am set on a few beliefs but would like to continue exploring them in depth in order to form more personal and universal connections between them. I would like to stay I still wonder about truth, and I still fiend for that validation of self seeking prophecy, I still believe in a so called god but don't believe that we know him. I wonder a lot if we are falling closer to an immaterial existence like a god, or if we have all of the wrong ideas and are creating less connection with the beginning. See, but at the same time, I am at a point where I don't know if I would like to find out, I crave answers but I fall hard for this magnificent unknown.